At December 31, 2015, Pitino owes Brey $16,000 for inventory acquired during the period. The following separate account balances are for these two companies for December 31, 2015, and the year then ended. Credits are indicated by parentheses. 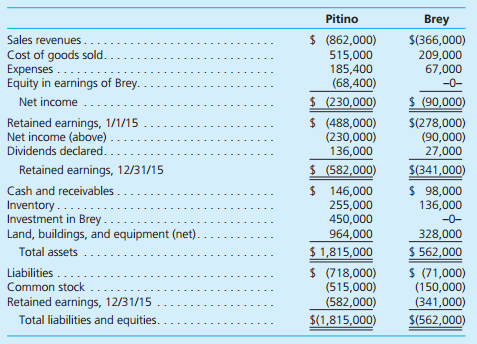 Answer each of the following questions:

a. What was the annual amortization resulting from the acquisition-date fair-value allocations?

b. Were the intra-entity transfers upstream or downstream? c. What unrealized gross profit existed as of January 1, 2015?

d. What unrealized gross profit existed as of December 31, 2015?