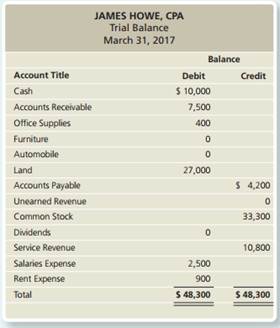 During April, the business completed the following transactions: