Home / Questions / Cinnamaldehyde is the component responsible for cinnamon flavor It is also a potent antimi...

Cinnamaldehyde is the component responsible for cinnamon flavor. It is also a potent antimicrobial compound present in essential oils (see M. Friedman, N. Kozukue, and L. A. Harden, J. Agric. Food Chem., 2000, 48, 5702) The GC response of an artificial mixture containing six essential oil components and methyl benzoate as an internal standard is shown in part (a) of the figure. 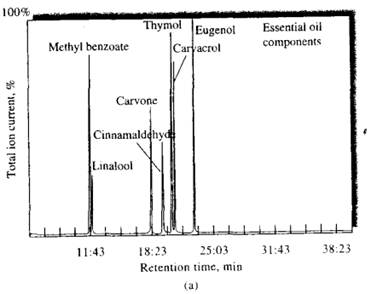 (a) An idealized enlargement of the region near the cinnamaldehyde peak is given in part (b) of the figure. Determine the retention time for cinnamaldehyde. 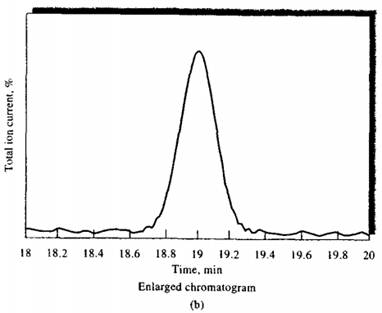 (b) From part (b) of the figure, determine the number of theoretical plates for the column. 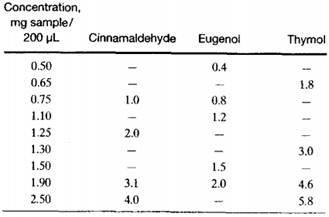 Determine the calibration curve equations for each component. Include the R2 values.

(e) From the data in part (d), determine which of the components has the highest calibration curve sensitivity? Which has the lowest?

(f) A sample containing the three essential oils in part (d) gave the peak areas relative to the internal standard area: cinnamaldeyde, 2.6; eugenol, 0.9; thymol, 3.8. Determine the concentrations of each of the oils in the sample and the standard deviations in concentration.

(g) A study was made of the decomposition of cinnamaldehyde in cinnamon oil. The oil was heated for various times at different temperatures. The following data were obtained: 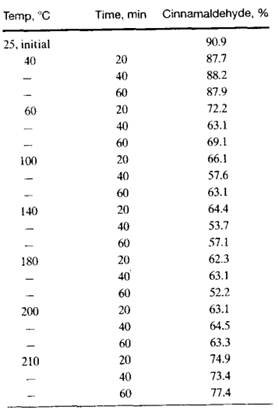 Determine whether temperature has a statistical effect on the decomposition of cinnamaldehyde using analysis of variance (ANOYA). (For how to perform ANOVA, see S. R. Crouch and F. J. Holler, Applications of Microsoft® Excel in Analytical Chemistry, Chap. 3, Belmont, CA: Brooks/Cole, 2004.) In the same way, determine if time of heating has an effect.

(h) Using the data in part (g), assume that decomposition begins at 60°C and test the hypothesis that there is no effect of temperature or time.